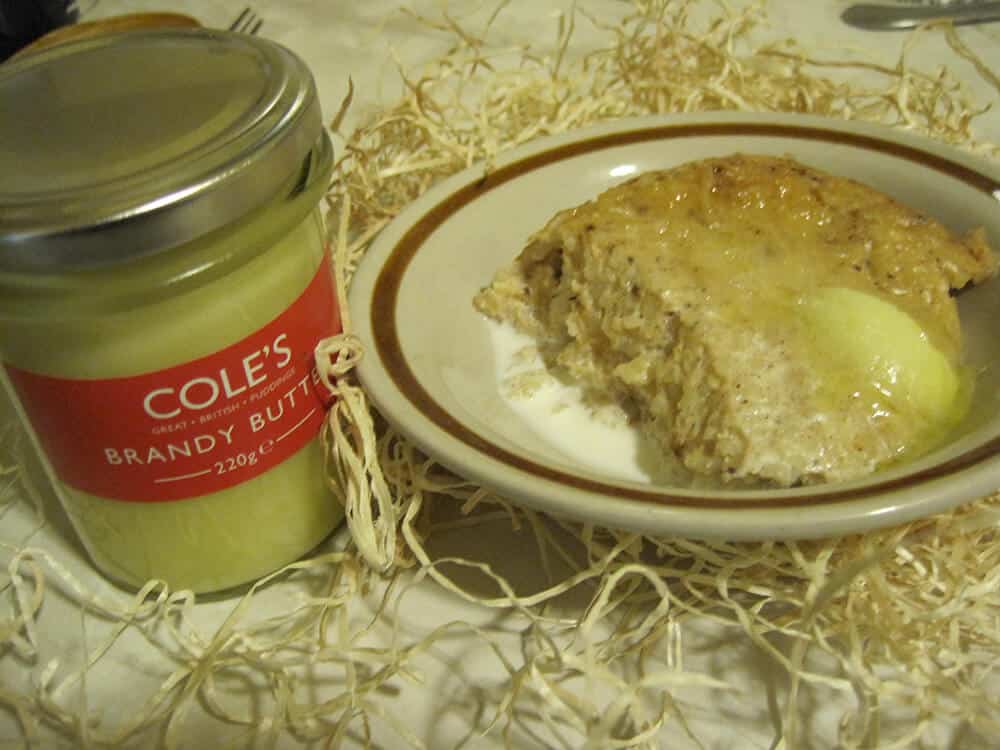 The Christmas season brings back memories of visiting Oma where tiny little glasses of advocaat were served together with little “teelepels” (coffee spoons) to eat it with. For those of you who are not quite as old as me or born after Bols no longer exported the “good stuff”, advocaat is (or should I say was) a thick brandy laced custard which was the favourite drink among the postwar Oma set.   Whether it was because our Calvinist Oma didn’t want anyone weaving down the road on the way home or because it was so expensive that one had to be voordelig (sparingly frugal) this drink was always measured out in very small quantities. However, it usually made an appearance at Christmas and birthdays. That is, until Bols stopped sending the good stuff to Canada!

I am not the only one who gets reminiscent during this season. It doesn’t take much prodding and family Christmas memories are being shared by customers as they visit “The Pantry”.  Today an advocaat story surfaced because of a case of mistaken identity.  Our customer did a double take of our bottles of  Monari Federzoni Balsamic Vinegar because she thought we had started selling Baileys. Not surprising since the two bottles do share a resemblance.  It wasn’t much of a leap from there to Oma’s favourite tipple. 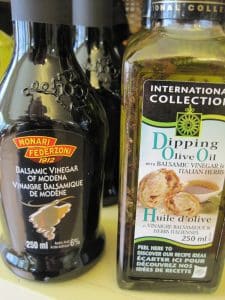 Back a few years, our customer and her brother Peter were beginning to feel a bit peckish as they waited in the kitchen for the grownups to finish visiting.  There was an attractive bottle of “vla” pudding on the counter so they decided a bowl of that would take the edge off their hunger. Surprisingly the bottle was not as big as the usual one that mom served dessert from but they carefully divided the rest of the bottle between the two of them. There is a Dutch expression, “Honger is de beste saus” that means hunger makes everything taste good so there was no need to add any bessensap (black or red currant sauce) for those bowls to be licked clean. It didn’t take long before Peter didn’t feel so well.  His sister ran into the sitting room with more than her usual energy and enthusiasm to tell the grown ups that Peter was sick and it probably was because the vla had gone bad. Peter’s stomach quickly did what stomachs do in these situations but his sister was “punch happy” for another 6 hours!

Well we don’t sell alcoholic beverages although if we could find a source for the “good stuff” and the LCBO didn’t notice, I am sure there would be many Omas lining up at the door for advocaat during this Christmas season.  However, we have discovered something that could become this Oma’s new favourite.  Yesterday I made rice pudding which I always serve swimming in cream but this time I added an extra special finishing touch by topping it with Cole’s Brandy Butter. John who has never been too keen on rice pudding actually declared with quite edible with the addition of the brandy butter.  I have been thinking of more things that might be so much better with a dab of Cole’s concoction: waffles, pancakes or Christmas pudding.  One customer was dreaming about floating some in a hot toddy!  If you want to introduce an Oma in your life to a new favourite stop by The European Pantry soon…Cole’s Brandy Butter is only available as long as our Christmas supply lasts!