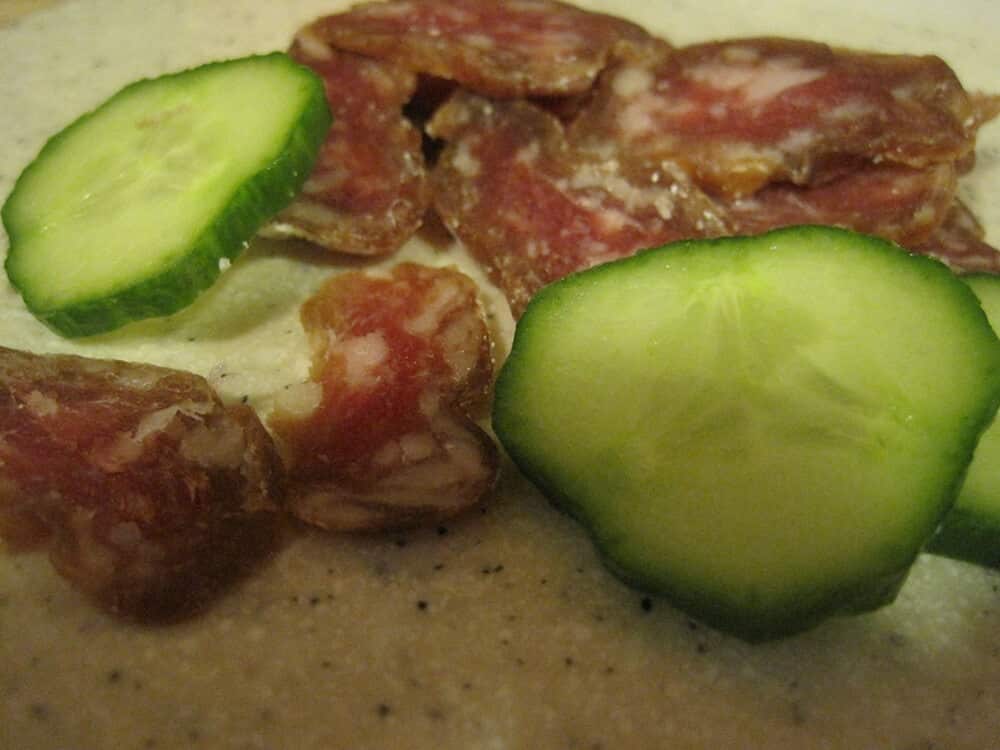 Droggeworst, metworst or Dutch dried sausage is one of the most popular sausages we sell. The history of sausages goes back thousands of years to a time when survival depended on the ability to preserve food in times of plenty. Sausages made use of odd bits of meat stuffed in different types of casings. Curing and drying them preserved them for times of want. That sausages are found all over the world in almost every culture speaks to the important role this humble food has had throughout the history of civilization.

Each type of sausage tells us about the history and culture of its origin. For example, Dutch Braadworst is actually much more like the Afrikaner Boere Wors than the more well known German Bratwurst. The spices that flavour it: coriander seed, black pepper, nutmeg, cloves and allspice remind us of the Dutch spice trade in the East Indies. South Africa was an important outpost of that trade. Small wonder the nations share a similar sausage. 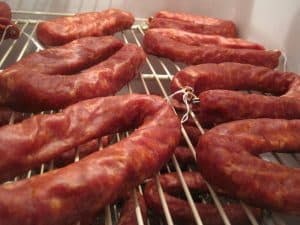 Back to droggeworst/metworst… “Mett” was German/Dutch for minced pork without bacon. So they are also called pork rings. When we get a shipment here at the store, they come in soft and moist. We price them by weight and then move them into two special fridges we use to dry them. In the past, farmers would have hung these in the attic or some other cool drafty place to let them dry. They were handy to lunch on in the fields during the long days of planting and harvesting. In fact, I still recall one of our customers hanging our sausages where her sons could grab them quickly on their way out to the fields. Today, we have the benefit of refrigeration but each of these humble sausages contains the history of ancient technology that helped to keep our primeval fathers and mothers alive. We may no longer depend on them for survival but “Boy, do they still taste good!”