It Took a Little Boy…. 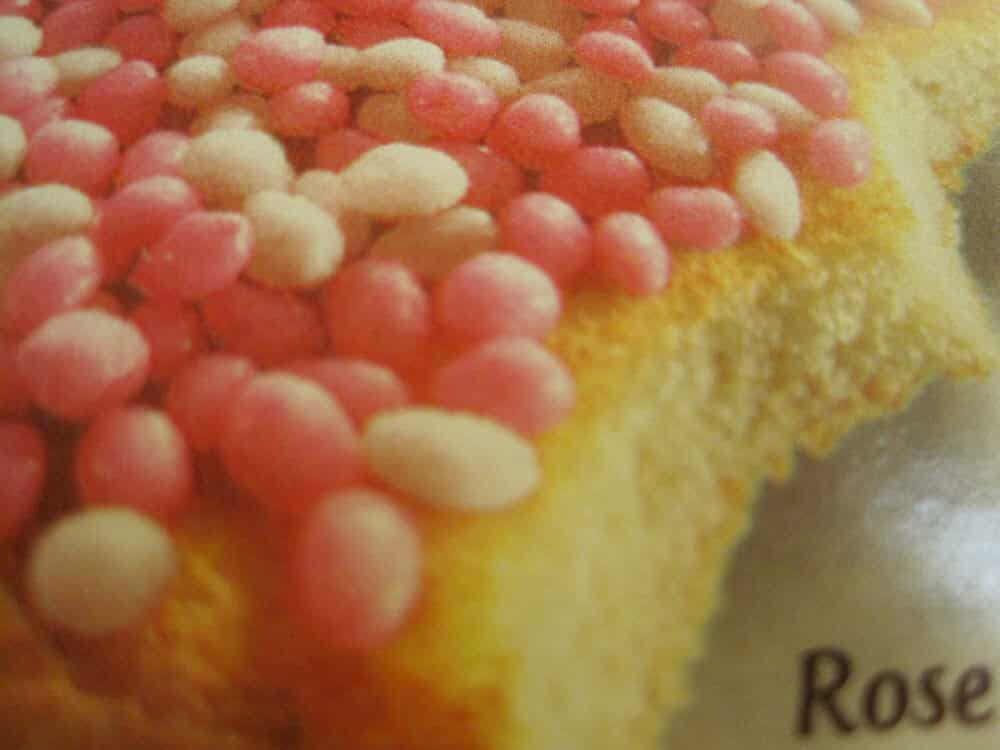 How the Dutch ended up with chocolate sprinkles on their bread

Although the Americans have their chocolate “jimmies”, the French “dragees” and the Italians “confetti”, there is no other nationality besides the Dutch who generously sprinkle their sandwiches with “little mice”.  Before you begin to imagine cute miniature chocolate mice running over sandwiches, you should know that “muisjes” euphemistically means mouse droppings!

According to the blogger Rina Mae Acosta, one of the reasons UNICEF rated Dutch children as among the happiest children in the world is because they have “hagelslag” – chocolate sprinkles on bread for breakfast. How did one of the most pragmatic groups of people in the world get the idea of sprinkling bread with chocolate?

If you search the city archives of Amsterdam, you will discover that in 1919 a particularly severe hail storm season inspired B.E. Dieperink, the director of the Venco candy company, to make sugar coated anise seeds to sprinkle on bread. Dieperink’s creation was named hagelslag which literally means hailstorm. Grocers and confectioners around the country were soon weighing out the delicious treat into paper bags for Dutch children to take home and sprinkle on their sandwiches.

Not to be outdone, the DeRuijter confectionary company christened their own version of hagelslag  in 1928.  They offered the public four flavours: lemon, raspberry, orange and anise. Ten years later, Cees and Piet De Ruijter pulled off a marketing coup when they arrived at the Soestdijk Palace on the occasion  of Princess Beatrix’s birth to present the new Dutch royal parents, Princess Juliana and Prince Bernhard with special orange geboorte muisjes.  The tradition of serving “birth sprinkles” on rusk to celebrate the birth of a new child dates from this special event.

But how did all these flavoured candy sprinkles evolve into chocolate sprinkles for our sandwiches? The answer illustrates the power of children as consumers.  A little five year old boy began to write letters to VENZ, a chocolate company  owned by “H. deVries en zonen” (H. deVries and sons)  asking for chocolate sprinkles. It is said he wrote quite a few letters. Enough letters to make Gerard de Vries, one of those sons, spend many evenings experimenting.  Finally in 1936, he puzzled out the mystery of how to make real chocolate hail with just the right look. Of course, there were no machines to produce such a product so after devising the right recipe “Meneer Ger” then had to find a way to make his product in large scale. By the 1960’s chocolate sprinkles had become  such a large part of the VENZ business that most of their other products were no longer worth bothering with.

While the original creator of hagelslag, Venco, remains known for their licorice products around the world, both DeRuijter and VENZ continue to produce not only chocolate sprinkles but also a growing assortment of similar products that children and many adults still sprinkling on their bread today.

So when you enjoy a slice of white bread generously topped with chocolate “hagelslag” think of a little boy who wouldn’t take no for an answer!

Some more to the story….

Joren sent us a message that has injected a bit of mystery into the story of hagelslag.  According to Joren his ancestor, Gerrit van Voornveld, the original founder of Venco invented hagelslag much earlier than the above account.  Below in Joren’s comment you can find a link to a 1910 advertisement for hagelslag. He also says that the word “hagelslag” appeared in Dikke van Dale, a Dutch dictionary, in 1914.  I am wondering if these are not so much conflicting accounts as two versions of the same origin: the romantic “official” advertising story and the longer complete story of a product that didn’t become popular immediately.

Is there anyone who has a copy of this dictionary to check if the 1914 definition refers to a bread topping or to a hailstorm?  Perhaps it would be possible to confirm the year that Holland was plagued by hail? Can anyone confirm the date for when chocolate hail came on the market?