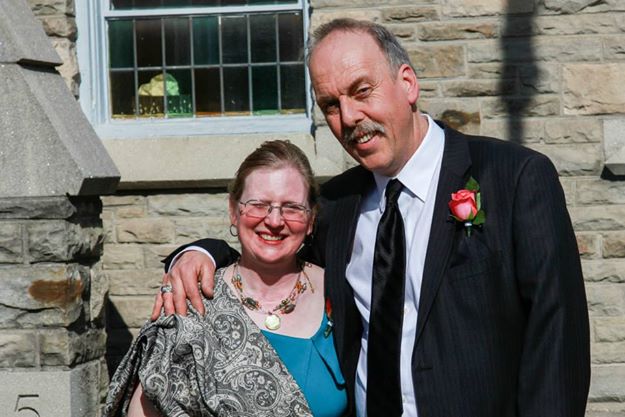 This month, October 2014,  John and Jacqui Eisen are celebrating a family milestone: 50 YEARS!  No, not 50 years of marriage but 50 years since the family first entered into the European import trade.  Although they started their business, The European Pantry, back in 1997, the roots of their business had their genesis in 1964 during a time of tragedy and hardship for John’s parents, John A. W. & Trudy Eisen.

When John A. W. Eisen arrived in Canada in 1949, the world looked full of opportunities to his teenaged eyes.  Although that did not mean the opportunity to finish high school, after 5 years of hard work he was able to enroll as a mature student in university with the dream of helping people.  The early 1960’s found John A. W. in Renfrew, Ontario embarking on a career as a social worker to support his wife Trudy and young son, John Jr.   But his dream turned into a nightmare when he began to have difficulty walking and climbing stairs.  Already during his student years he had often felt fatigued but had blamed that on long hours of work and study.  Now he could no longer deny that something was terribly wrong.  Eventually he would be diagnosed with Multiple Sclerosis.  As a social worker it had been his job to assist disabled workers.  Now, no longer able to work himself and having to rely on a wheelchair for mobility, he and Trudy had to find a new way to support themselves.  This is how The Wooden Shoe was born in 1964 and they found themselves selling Dutch imports to the immigrant community in the Ottawa valley

Although he didn’t realize it, John had been training for retail business for many years.  As a young lad he had raised rabbits for sale.  He had also shown early entrepreneurial aptitude during the war years earning money by standing in ration queues for people who didn’t have the time.  Even though the money he earned usually ended up helping his widowed mother put food on the table, he learned an early lesson in purchasing and providing services to consumers: focus on what people need. John and Trudy always kept that in mind at The Wooden Shoe.  They also had a reputation for giving back to their community. Over the years, John  contributed to many publications, such as To All Our Children,  that paid tribute to the Dutch immigrant experience in Canada.  Having lost the use of his hands, he did this by typing on one key at a time with a head device that Trudy had crafted for him.  His children and grandchildren were recipients of many letters that recorded his experiences as a child during the troubled war years and subsequent challenging ones of immigration.

Like his father, their son, John Jr., graduated with a BA in sociology and worked as a social worker but growing up in the family business left a nagging desire to run his own business.  As his parents planned their retirement in 1997, John and his wife, Jacqui began a similar venture in Welland, Ontario. Today that business, The European Pantry, has expanded well beyond serving the Dutch community.  They offer a broad line of European imports and their selection of both domestic and imported cheeses boasts over 50 choices. The commitment to meeting people’s needs and giving back to the community that John Jr. saw modeled by his parents, however, remains strong to this day.

John Sr. passed away in 2001 and Trudy in 2008.  Their memory continues to be honoured by their children who value all they learned from these remarkable individuals. John and Trudy carried by their strong faith in a God who sustains no matter what life throws at you, turned adversity into something positive.

Fiftieth Anniversary celebrations starting September 27 will continue throughout October with draws for items like a Polish Ham for Thanksgiving, a $50 gift basket and a cheese platter.  Each Saturday, a 6 foot cheese board of samples will  tempt you to find your favourite. Learn about pairing cheeses with wines and beer. Each week a different group of cheeses will be show cased.  On September 27, eleven British cheeses demonstrated the variety available from the fair isles.  On October 4, experience the cheese culture of France and Quebec. This will be followed with German and Swiss cheeses on Thanksgiving weekend.  The month will be rounded out by Scandinavian specialties on the 18th and finally a special Dutch day on the 25th will honour the memory of John A.W. and Trudy first foray into European imports all those years ago. 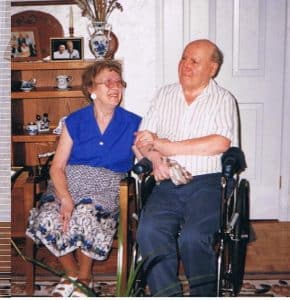