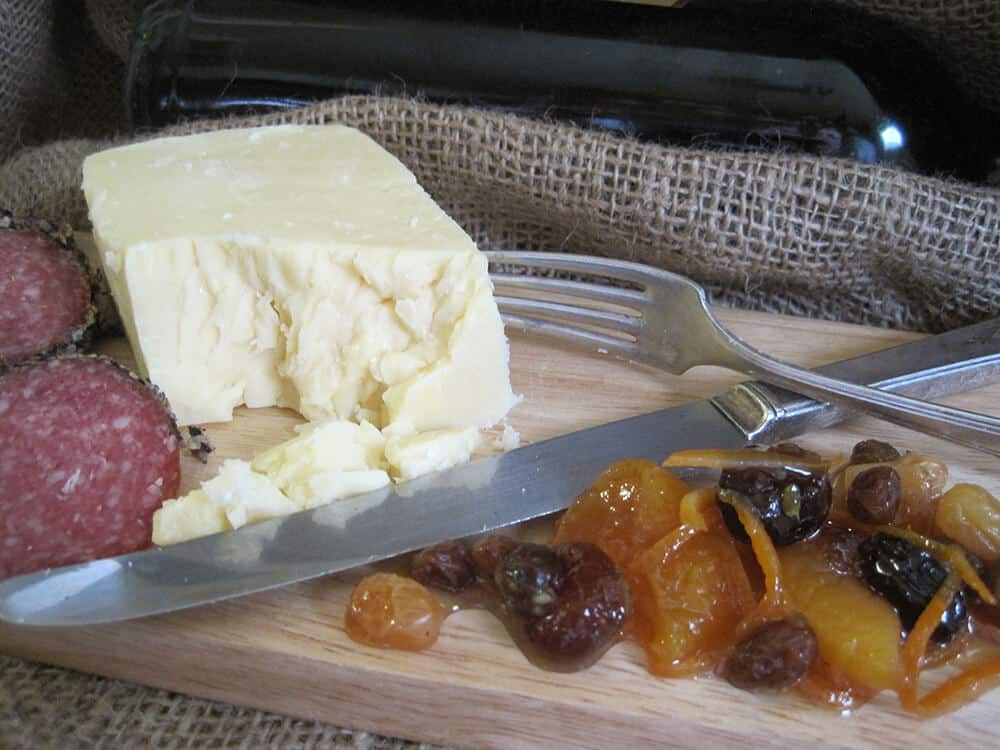 One of my favourite jobs is “testing” new cheese that comes in.  Technically I am packaging cheese today but i have convinced myself of the value in really knowing the cheeses I sell. So today I became acquainted with Cambozola and reacquainted with Oka Classique.

Cambozola is a German blue brie.  I pulled it out of the fridge expecting it to resist my knife but even cold it was so soft; The rind was clean and white.  The paste was creamy like a rich custard; the blue veining very subtle and mild but sharp enough to pair well with a sparkling Shiraz or a medium bodied Bordeaux or Burgundy.  I would offer some crisp but unseasoned crackers to spread it on.  Then serve it with slices of apple or pear and some grapes. Pecans or walnuts and a variety of smoked meats and salamis would round out your cheese board nicely, too.

My other treat today, the OKA Classique was equally enjoyable. Many people have only tried the regular mild OKA that is available in grocery stores. Classique is aged 60 days to offer a more nuanced complicated cheese.  I pulled back the paper wrapping to reveal the copper toned rind and the unmistakable fragrance of a washed rind cheese. This is semi-soft cheese that cuts very easily.  The slightly grainy texture of the rind contrasts nicely with the soft paste inside. This OKA will also pair well with a Shiraz or try it with a Pinot Gris. Beer drinkers will find Classique pairs well the malt or caramel flavours found in the beers. Try melting thick slices on BBQ’d burgers and serve with a blond lager, a Pilsner or a pale ale which promises the thirst quenching flavour of hops. But don’t pass over Classique when you are planning a cheese board either.