Surprises are nice but… 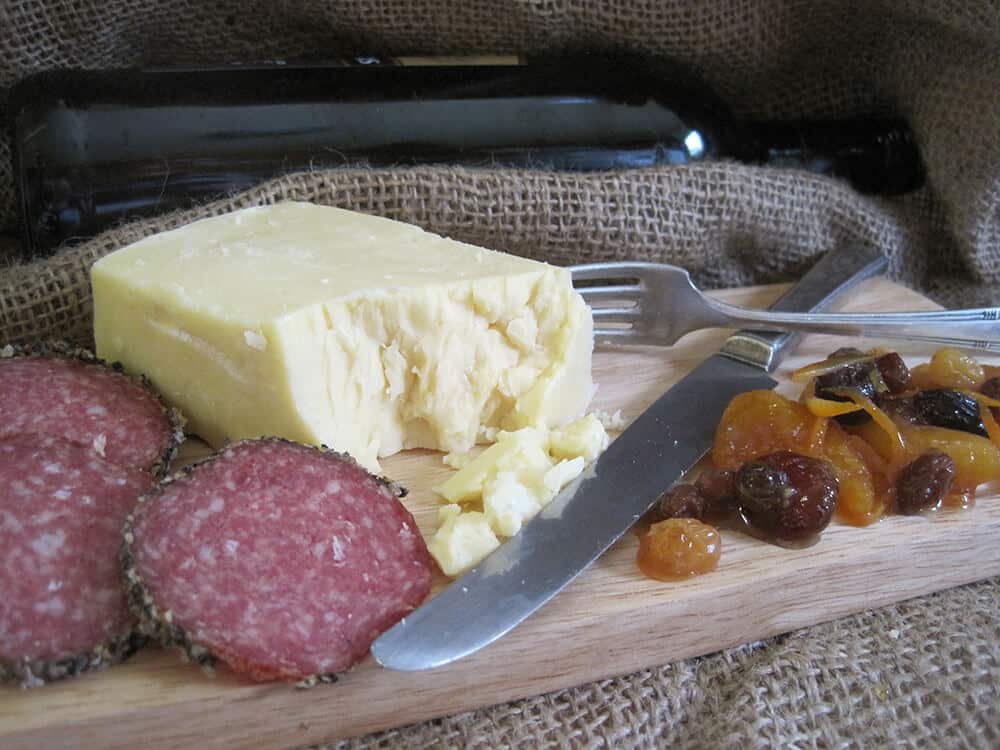 At The European Pantry, we keep a container of leftover cheese pieces from our sampling sessions.  I try to label them but sometimes I pick up a piece neatly wrapped but with no label.  I like all the cheeses we sell so I don’t mind these surprises when I am making myself a snack or something for lunch as I work. Today though, I have to admit that the horseradish cheddar on my lunch bagel came as a bit of a shock after the first half bagel slathered with European peanut butter.

It reminded me of the stories of a friend whose parents had trouble making ends meet when he was growing up in the 1960’s.  Some nights they had dented can surprise. In those days it wasn’t uncommon for stores to clear out cans that had lost their labels and also experienced the hard knocks of life at discount prices.  Russ told me that for some reason cans of peaches and fruit salad seemed to show up a lot. Not a bad dessert for the 60’s but hard to make a meal out of.  Other nights when his mother was asked about that night’s menu they were told it was something that would stick to their ribs.  That meant only porridge was left in the larder. Dented can surprise would have seemed like a luxury on porridge nights!

Labels are important but we tend to take them for granted if we don’t live with visual impairments.  My horseradish surprise was well timed because I had just read an article about how braille ended up on wine bottles. It took one person who began to imagine life in someone else’s shoes… click here to read “The Story of How Braille Wound up on Wine Bottles.”.